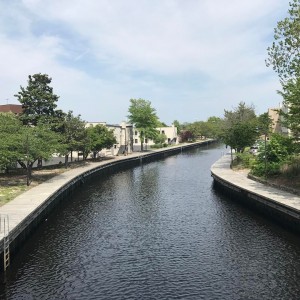 At the eastern end of the Riverwalk is the Pohanka Riverwalk Amphitheater.

The area between Mill Street and Division Street is designated as a license free fishing zone by the State of Maryland.